Your first encounter with a TVR Chimaera can turn out to be quite distant. You can’t get in.

Run your hands along the beautiful curvy doors and you notice that something is missing – door handles. They aren’t hidden in the window surround (like an Alfa) or in the air intake grills (like a Lamborghini). They just don’t exist.

Pressing the remote central locking button (with a ball point pen as the actual button on the key ring has gone awol) only  tells you it’s unlocked. It provides no clue as to means of entry. You grab hold of the door mirror in desperation and then notice a little pimple under your index finger. Press it lightly and a solenoid springs the door open. Quite literally, ‘Open Sesame’.

The door window has no proper frame – only a pointed javelin of aluminium to guide the window and spear your chest if you rush the process of climbing in. Yet another example of the gorgeous, daft details that make this a charismatic car. The crazy interior is all leather bolsters, cream dials and machine turned aluminium. This may be a low volume Blackpool special – but it is very special indeed. It’s even more special now – as TVR went out of business almost 10 years ago.

To my (and your) surprise it has a normal key and starts up without hesitation. And that’s when the car stops playing parlour games – and the serious fun begins. 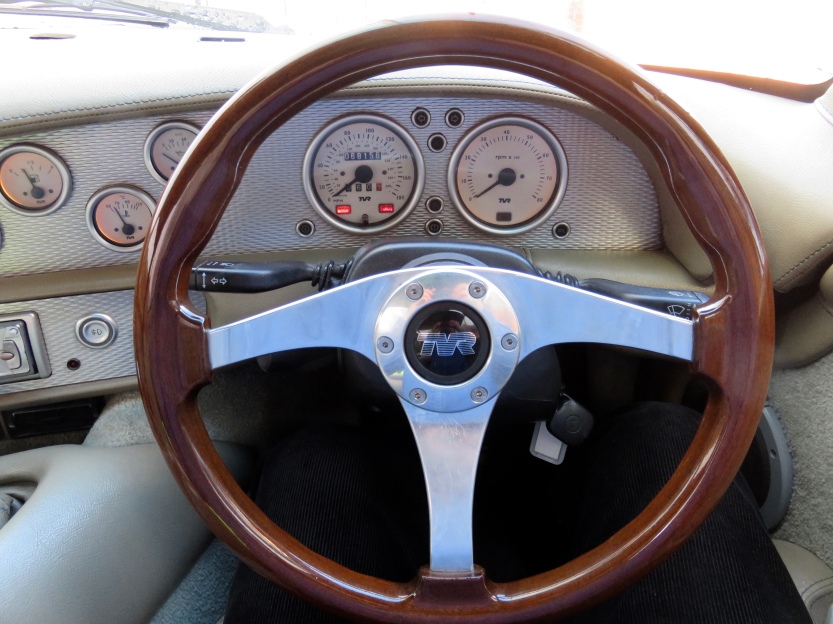 The famous opera singer Alfie Boe was an apprentice mechanic on the TVR production line at the age of 17. He used to amuse his colleagues by singing snatches of opera while he worked. One of TVR’s customers from the music industry came to pick up his car and heard Alfie. Amazed, he implored him to go for an audition with the D’oyly Carte Opera Company. The rest is history as the young man went from oily rag to oyly carte…

But he left behind a legacy – his voice. The 4 litre V8 sings the most amazing bass notes – just like Alfie. They shake the car and the nearby buildings. And as it revs the sound just gets stronger and more musical. Open the bonnet and the engine looks as hairy-chested as it sounds. One charming handmade feature is the chassis plate has clearly been engraved by hand. You wonder if the factory even owned a computer. 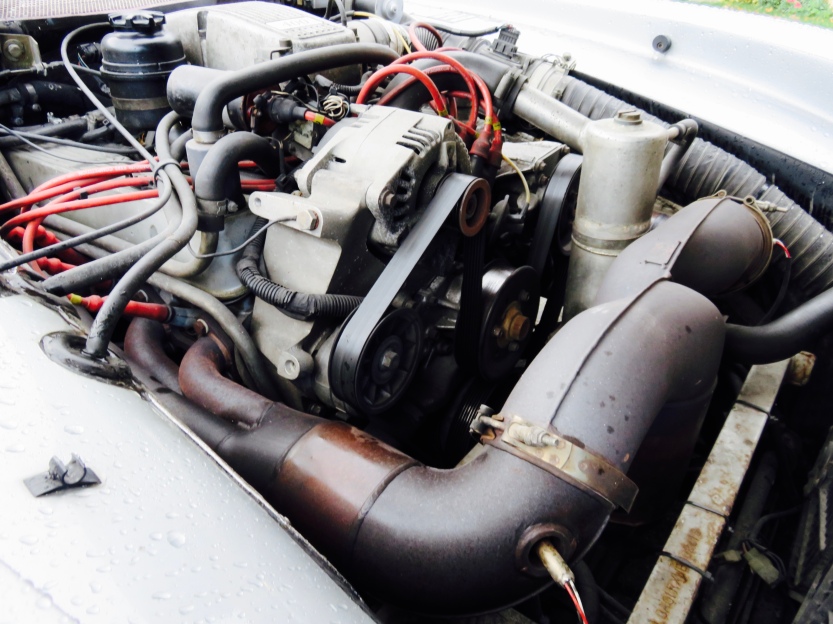 Resting your arm on the huge transmission tunnel, the alloy gear lever just falls to hand. While the clutch is fairly heavy, it feels well-oiled, smooth and controlled. Pulling away requires no desperate balancing of clutch and throttle, such is the massive torque of the engine.

And we’re off. On a dry road, there is relatively little danger. But with no ABS, traction control or airbags, you know that on a damp day this car can throw you across, and then right off the road, at a moment’s notice. They say you should only really accelerate at all if the car is pointing in a straight line – on a dry road and with no-one else around.

You can see from this story that I absolutely loved this car.

The ride is quite good and despite it’s basic build quality, there are few examples of NVH. That’s carmakers term for unwanted noise, vibration and harshness.

Most things even seem to work. And switching on the heater is such a tactile experience with the cold, solid aluminium controls. Unlike other low volume specials, there’s very little use of standard items from volume makers. The only exception is the stalk controls on the steering column. They’re from a Vauxhall, functional and pitifully dull.

Borrowed on a cold and dismal November,  there was no real chance to drive without the roof. On a summer’s day, you’d have a dream run in the countryside. But. however slow you go, you won’t be able to hear the birds singing. 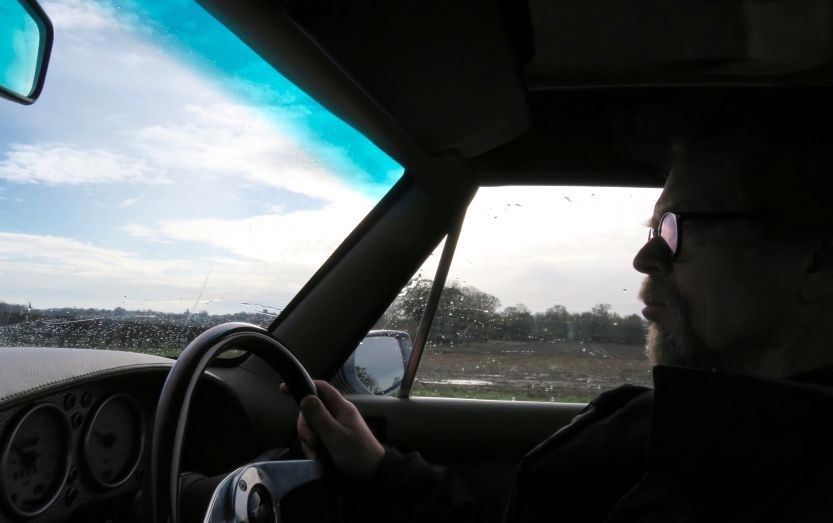 Journey over, it’s that sad time when you have to get out. And with the engine off, the car reverts to its magic tricks.

Where is the interior door handle? It was hard enough getting in – now you can’t get out. The doors don’t sport any switches at all apart from the mirrors. The electric window switches are hidden at the front of the central console. You’ve already found the hidden boot release under the dash – which only works when the ignition is on. Helpful. Oh and then there’s the switch to turn off the dashboard instrument lights. Don’t ask.

But the door handles remain elusive… Now the TVR appears to have a second gear knob in the centre of the console. And dear reader, this strange aluminium sphere is indeed the door handle. Rotated towards you  the door gently springs open. Genius. Except that if it works while you are going along,  a curious passenger fiddling around could accidentally arrange for both of you to fall out of the car. To be fair, TVR may have thought of this. You will never risk finding out if the little sphere works whilst in motion. You’ll be too scared of what might happen.

Of all the cars I’ve borrowed from the Classic Car Club, this is probably the most enticing ownership proposition. TVRs are very cheap second hand and the parts are still plentiful. It probably won’t go up in value much mind. But that won’t really matter as it is so wildly dangerous that you’ll never live long enough to worry about selling it. It could be the ultimate high speed hearse.

They say TVR has new owners and may return with a new, even more powerful car in 2017. TVR is dead, long live TVR.